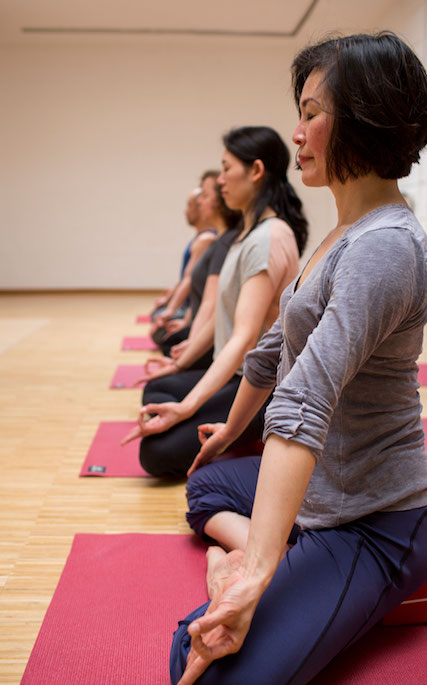 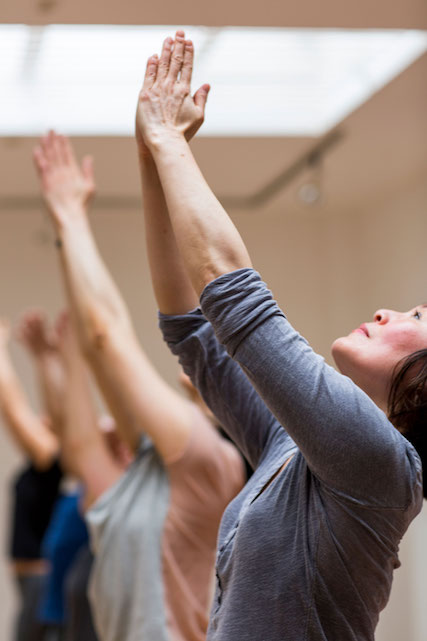 "The breath is the vehicle by which the body and mind are observed, purified and transcended" - Matthew Sweeney

Ashtanga Vinyasa Yoga is about a systematic interaction of postures (asana) and breathing technique or breath control (pranayama).
The various movement sequences and sequences of Asana are designed to allow an optimal alternation of static and dynamic phases. Here the concentration is directed to the "inner consciousness". In doing so, a way of thinking is developed by introspection, which deviates from fixed judgments or valuations. In this ongoing process, the regular and flowing breathing ensures a peaceful, meditative state.

The lessons begin with breathing exercises. After the warm-up phase with the sun salutations come the asana, positions in standing and sitting. Lying in the resting posture of Shavasana, the lesson ends. We offer regular group lessons 3 times a week. Private lessons are possible at any time upon agreement.

This can be found in the second chapter of the philosophical work "Yoga Sutra" by Patanjali (written between 500 BC.) entnehmen. (Yoga Sutra 2.29)

The founder of Ashtanga Yoga is Sri Krisna Patthabhi Jois (1915-2009), who was a disciple of Sri T. Krishnamachariya. He learned from this u.a. the sequences of postures that come from the Yoga Korunta, an ancient manuscript.

In the mid-1990s, P.J founded the Ashtanga Yoga Institute in Mysore, South India. There developed the Mysore Style, a special kind of Ashtanga Vinyasa Yoga. Unlike a class with instruction, there is the possibility to practice individually, but in a group.

DUsually a certain amount of time is offered in which one has the opportunity to get into the studio, roll out his mat and practice his own series during that the observing teacher provides guidance and gives instructions if needed. This type of yoga is suitable for beginners as well as advanced.